On Sunday 6 November 10,000 cyclists took on the ride of their life for Australia’s most iconic charity cycling event – the breathtaking MS Gong Ride from Sydney to Wollongong. It was the first time the fundraiser for Australians living with multiple sclerosis was held since 2019.

In 2022 the MS Gong Ride also celebrated its 40th anniversary and topped over $40 million raised to fund support and services for people living with MS as well as fund research into finding a cure. 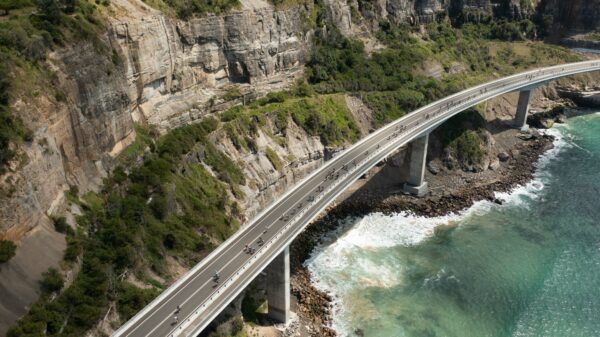 This iconic event has fundraised over $2.6 million so far – essential funds that will help Australians fight multiple sclerosis (MS) and fund vital research into a cure. Our top three fundraising teams were Team MICH Fulton Hogan in third place with $56,968, MS Avengers in second place with $65,333 and in first place Soft Cogs Inc, who raised an impressive $96,167.

“I think – apart from the fact that the participants are raising money for MS and to support the people living with the disease – it is, I suppose for the avid cyclist, it’s one of those bucket-list events that you do,” MS Plus CEO, John Blewonski.

Cyclists fundraised to fight MS as they pedalled challenging 79km and 52km courses through the stunning Royal National Park, enjoying incredible ocean views from Stanwell Tops and riding over the breathtaking Sea Cliff Bridge before crossing the finish line in Wollongong amongst a backdrop of surf, sun and sand with riders from all over the state.

This year’s MS Gong ride also included, for the first time, a 7km All Abilities Ride starting at Nicholson Park, and we are excited at the prospect of making the inclusive event a part of the MS Gong Ride. 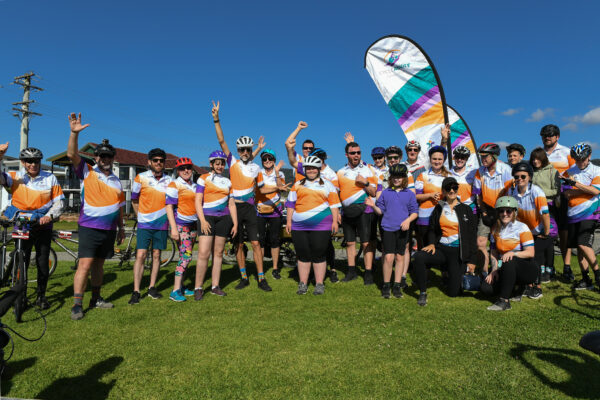 “This year what we’ve done is we’ve partnered with The Disability Trust and Cycling Ability, which are well-known through the community, and we’ve worked with them to offer this 7km ride for people who normally couldn’t participate,” John said.

“We’ve always been really keen to ensure that our events are inclusive – it’s one thing to go and raise money for people living with a disability, it’s another thing to be able to embrace them and get them or encourage them to be part of the event.

“We’re really, really excited about that, and we hope that this becomes a feature of the ride from here on.”

It’s not too late to donate. Visit msgongride.org.au to join the fight against MS and help fund vital services and research into treatments and a cure.