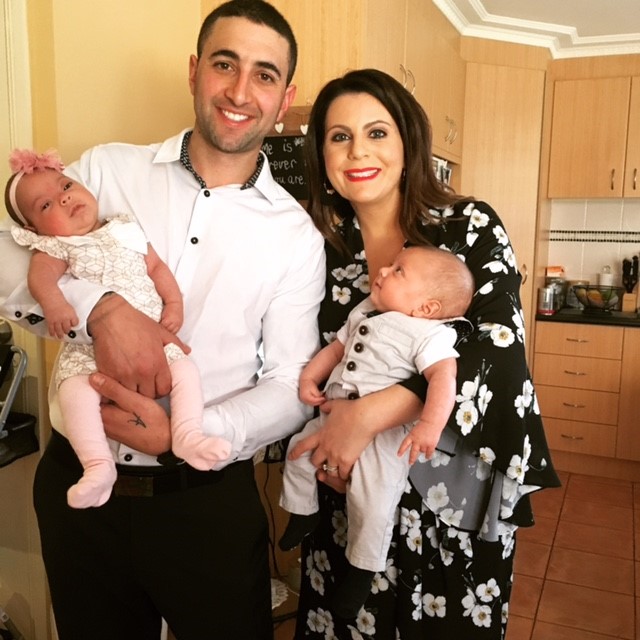 Adriana Condello was only 26 when she was diagnosed with multiple sclerosis in 2011. So many questions were rushing through her head. “Would I be able to walk? Or take care of myself?” But the one question that deemed her the most was whether she was able to have children. The thought of Adriana and her partner Mark not being able to have a baby broke her heart.

Adriana’s doctor originally told her that her fertility wouldn’t be affected, but encouraged her to stop treatment while they were trying to conceive. Off medication, Adriana was at greater risk of a relapse. Adriana’s future appeared empty. The last thing she wanted was to have Mark involved in her battle. But Mark’s beautiful love and support for Adriana surpassed everything she was about to encounter. “I’m not going anywhere”, he told Adriana firmly.

The couple attempted to start a family, but sadly Adriana suffered from a miscarriage unrelated to MS in 2014, followed by three further miscarriages before they decided to try IVF. “It was an anxious time but six weeks later, a scan showed I was pregnant”. The miracle didn’t end there – Adriana went on to conceive another baby while ALREADY being pregnant. However, the couple were stunned by this revelation as they had only had one embryo implanted. It turns out their second baby was conceived naturally after the IVF!

“I went in there thinking I had lost that baby; I had put that in my head, that it was over. So to be told that that baby was OK and then to be told that there was a second, my joy was just through the roof. It was one of the best days of my life. Holding Leo & Olivia in my arms, I felt on top of the world.”

Through Adriana’s work as a Kiss Goodbye to MS Ambassador, Adriana met some incredible people that changed her mindset and helped her learn to live with MS.  Adriana now knows and believes that people can have an incredible life with MS.

“Now I want to let people know there is life after an MS diagnosis. I’m convinced that, with enough funding, a cure is just around the corner. Until then, I’m determined to stay as well as possible for my two little miracles.”