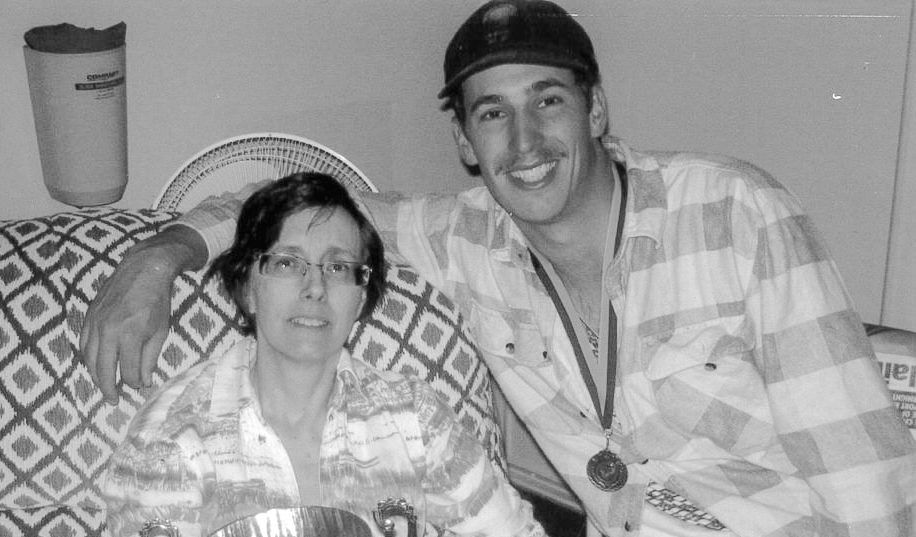 Miles’ tribute to his mother, Elaine

At the age of 14, all that a young teenager should have to worry about is what mischief they get up to next. For Miles, his entire world was turned upside down when his mother Elaine was diagnosed with MS.

At the time, Miles and his family believed that MS was more of a chronic condition rather than a disease which can have a significant impact on someone’s quality of life. Initially, the Barnard’s accepted Elaine’s diagnosis thinking she would have her ups and down, but that together they would be able to manage and cope with her MS.

“Unfortunately her MS progressed quite rapidly from there and over the next 5 years it became very apparent that Mum was going to experience significant physical and cognitive impairment from her MS…!”

The news were hard on the whole family, but was particularly difficult for Miles’ father Richard, who left his CEO position to become Elaine’s full-time carer. The transition from full-time employment to caring for his wife, who he thought he would gracefully grow old with, was tough on Richard.

For Miles, seeing the cognitive change in his mother was what he struggled with the most.

“She transformed from the Mum I knew into a woman who was still my Mum, albeit a much more impaired and reduced person.”

Miles also shared with us that seeing the interactions from friends and extended family with his mother who would try to put a positive spin on the situation, made it difficult for him and his family as they had seen firsthand the massive changes in Elaine’s life, personality and function. Miles says that “although you need to be positive and look for the good in life, at times the reality of a situation needs to be acknowledged”, which was a “significant source of sadness and frustration” for the family. 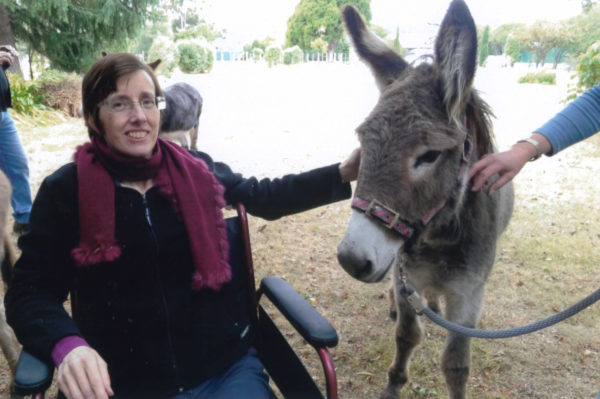 Today, Miles has turned the sadness and frustration into a passion for supporting life-changing MS research, to help change the future lives for the 25,600 Australians living with MS, so no one has to go through what his mother did!

As a pharmacist and someone with a ‘lived’ experience of what it is like living with MS, Miles understands the current treatment options available for MS and has a scientific understanding of the disease. He says “there is a lot more research to be done and therefore funds needed in order to prevent, stop and eventually ‘cure’ MS.”

And Miles isn’t just saying this, he’s doing his part! Miles has pledged to donate $25 to MS research for every goal his soccer team, the Devonport Strikers, scores this season to help kick Kiss Goodbye to MS in memory of his beautiful mum Elaine who sadly passed away in June this year after living with MS for 15 years. ❤️

Miles had already been making quarterly donations towards MS research for a couple of years, but his mother’s passing motivated him to step up his game to help accelerate research…and so he did! So far, Miles has raised an extraordinary $4,495 for life-changing MS research – a gobsmacking result! 😱 The generous support and number of people who not only contributed, but also shared similar personal experiences with him have been Miles’ fundraiser highlight.

“I have become closer with several people as a result. I was slightly apprehensive about launching the fundraiser, but the amount of positive feedback I have received has been incredibly pleasing and reinforced that I am doing something good in Mum’s honour.”

Miles says that the fundraiser has motivated him to try score more goals, but that it has slightly hindered his performance. We don’t blame him! 😏

Luckily, Miles’ teammates at Devonport Strikers are a tight-knit group, who have been extremely supportive and understanding.

“It is a cliché but we have a special group of people at the Devonport Strikers. Most of my close teammates have known for years what Mum has been going through, and so have a certain level of understanding about what was happening when her time came to pass.”

Miles’ biggest dream is that one day there will be no people living with MS – a world FREE from MS. Rest assured Miles, we will not stop raising funds to accelerate research into MS until we can finally Kiss Goodbye to MS! 💋

Thank you Miles for your strength in sharing your mum’s and your story with us. We are sure your mum would be incredibly proud of yourself for raising awareness of the disease and stepping up to raise funds for MS research. We simply couldn’t do the work we do without the support of passionate people like yourself – so thank you for everything you’re doing!

You can check out Miles’ fundraising page here!

Feeling motivated to raise funds for vital MS research yourself? You can register your own fundraiser here.

Alternatively, check out our virtual fundraising ideas for some inspiration here.