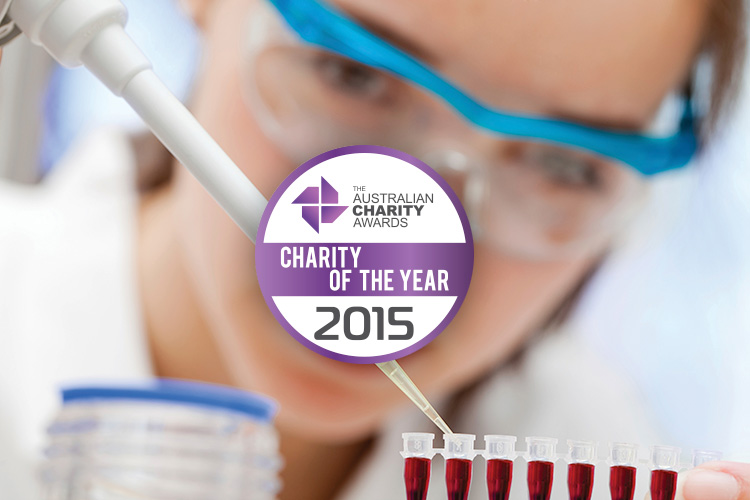 The Australian Charity of the Year 2015

There are approximately 2.5 million people worldwide and 23,000 within Australia affected by multiple sclerosis (MS). MS Research Australia is honoured to be awarded Charity of the Year, and it is a culmination of over 10 years of hard work.

There are approximately 2.5 million people worldwide and 23,000 within Australia affected by MS, and the average age of diagnosis is just 30. As the most common acquired neurological disease in adults, MS Research Australia is committed to Kiss Goodbye to MS.

Over the past 10 years MS Research Australia has greatly increased the level of funding of MS research, which has resulted in more research programs being undertaken around Australia with a focus on prevention, finding effective treatments and ultimately a cure for multiple sclerosis.

Dr Matthew Miles, Chief Executive Officer of MS Research Australia said, ‘It is a great honour to be awarded Charity of the Year. This award is a culmination of over ten years of very hard work by many people. The support of people with MS, donors, state based MS societies, allied organisations and corporate organisations has been critical to this success’.

Megan Healey is a mother of three children and was diagnosed with MS 17 years ago. She says ‘As someone who is living with MS, it gives me hope to see the ground breaking achievements of MS Research Australia. It is imperative that we continue to work towards a cure for this disease not only for the individuals living with MS, but also for their family members and the community. National awards such as this are wonderful for the recognition of the hard work and also to increase awareness about MS’.

We wouldn’t be where we are today without the commitment of our donors, fundraisers and supporters – who all work tirelessly to fly the flag for Kiss Goodbye to MS – raising vital funds and awareness for research into MS.

For more information on The Australian Charity Awards go to www.charityawards.com.au