Let's Kiss Goodbye to MS together 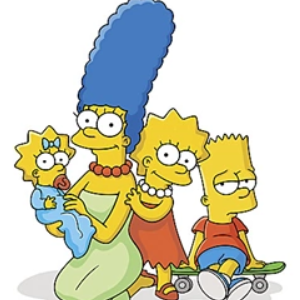 OUR STORY
There was once a mum called Michelle…
And she so birthed 3 of the most amazing children;
Justin
Jessica
Rebecca
Together they became the awesome foursome.

Justin was smart and fearless, Rebecca was beautiful and kind.
Jessica was the middle child.

Jessica, although ignored and forgotten by all, knew she was special.
There was something inside that set her apart. During a routine MRI at the tender age of 19 it was discovered that her brain was so incredibly marvellous it often held its own fireworks. These fireworks (attack on the myelin sheath) lit up her brain scans with bright lights. These lights separate her from mere mortals, she is a Multiple Sclerosis warrior.

So Mum Michelle, Fearless Justin, Kind Bec and Jessica the Middle Child have decided to embark on an epic 9 day journey. Over thousands of stairs along the Great Wall Of China;
winding its way across the north from the Yellow Sea to the Gobi Desert. The real challenge perhaps will the 9 days spent together just us, the awesome foursome, alone together (someone may not make it. BUT we are willing to risk losing a team member) to raise much needed funds for all Multiple Sclerosis warriors.

The separation of the mere mortals and the marvellous MS warriors can be lonely. Whilst the fireworks (lesions) are invisible from the outside they can make life so psychologically, physically and mentally tiring. Sometimes the hardest part is asking for help but we need your help. Please donate big or small and spread the word so we can find a cure for the amazing and perhaps not so incredibly marvellous fireworks (scarring.) So we are able to shower and get dressed without stopping for a rest, stop tripping on air, find the word we can’t remember, open our eyes each morning without fear of what hurts or won’t work today. To be able to mean it when we say “I’m Fine”. As “I’m Fine” is used to protect the ones who loves us from the reality of not being able to explain to them the invisible, the impossible loneliness, the anger and distress of the unknown. The mysterious affliction we didn’t ask for – an incurable disease of the central nervous system that irritates the myelin sheath and causes lesions to appear on the brain (the fireworks) of incredibly marvellous Multiple Sclerosis Warriors.